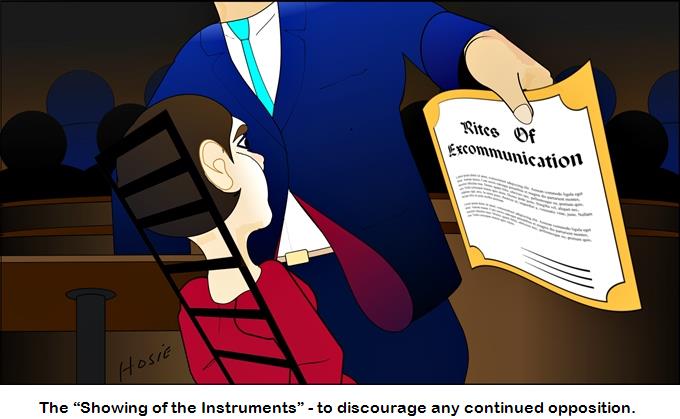 Kate Kelly, of Ordain Women, is back in the news – along with podcast blogger John Dehlin, of Mormon Stories. Both have received notice of Church disciplinary hearings – and possible actions against them – which will very likely result in the excommunication of both these otherwise active LDS Church members.  They are charged with, among other things, Apostasy – and speaking out in opposition to Church leaders.

To the faithful, or even the just barely believing (read: superstitious), the idea of excommunication – of having one’s soul cast into outer darkness – is just too unsettling to think about. Thus, the fact that one is ‘invited’ to attend their own spiritual execution, if you will, is tantamount to the ‘showing of the instruments’ that often preceded torturous physical execution, at the hands of religious leaders, in medieval times.

As such, it is an especially disgusting example of the power religion and religious organizations routinely wield, in imposing their doctrines and dictates, on the strings of the mind. Designed to put water between the legs of anyone, who might have cause to waver in their personal convictions about the wrongness and wrongheadedness of ‘the Church,’ in its position on any matter.

Few there be, who would boldly stand before the inquiring brethren, and instruct them to just go ahead and Chant their Chants, Shake their Bones, And Cast their Soul Into Outer Darkness – if that’s what it takes – to have your name removed from Church Roles. And that, before turning on one’s heel, and letting them know it would be foolish to think you might actually attend.

Steve Evans – a blogger at By Common Consent – was quoted as saying “If the Mormon faithful are divided, we are all diminished.”

With apologies to John Donne, I would paraphrase it thus:

Every mans excommunication diminishes me,
because I am involved in mankind.
And therefore, never send to know
for whom the Bishop’s Court just hung out to dry
– it speaks to thee.

However, Having once suffered the slings and arrows of ultimate religious censure and excommunication (and it is, BTW, the reality behind that nice euphemism – “having one’s name removed from the Church Roles”), I think most eventually come to see the ridiculous sense of import and power they had previously ceded to church leaders. And come to realize, as Sonia Johnson did, that this church is but a horribly overblown Boys Club.

And continued personal growth often leads one to realize that a person’s private, intellectual understanding – and spirituality – were never actually owned – but merely pawned – by the LDS Church. And real spiritual blessings, are not subject to forfeiture for Apostasy or any other ecumenical grievance – as they would so loudly insist. They have merely set themselves up in the business of selling tickets to God – on the installment plan – and shoveling lots of words into His mouth.

That people commonly mistake their own human, spiritual nature for ‘God’s presence’ in their lives, you can reclaim any spiritual gifts and powers – as soon as you realize you never did need anyone’s permission – receipt – or recommend, in the first place.

Letter to a CES Director – Why I lost My Testimony

Room for All in this Church | Ask Mormon Girl 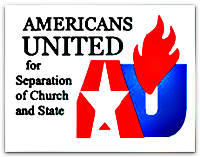